Skip to content
3 Best 32 Mega Pixel Camera Phone for Awesome Selfies under 15000. Hey, You are searching best camera phone fo selfie than you are in the right place.

Then You are in the right place!
Overview of 32 Mega Pixel Camera Phone 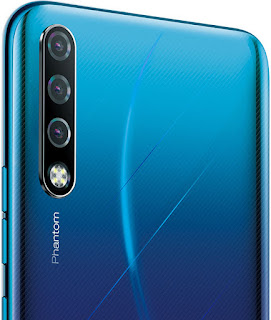 Techno Phantom 9 was launched in India earlier this month. The smartphone is equipped with a triple rear camera configuration and a fingerprint sensor on the screen. Speaking of other features of Techno Phantom 9, it includes dual selfie flash, 32-megapixel front camera, and dot notch screen. The price of 6 GB of RAM and 128 GB of storage variants of Techno Phantom 9 in India has been set at Rs 14,999.

Best smartphone under 10000 in India with good battery

Speaking of some important specifications of Techno Phantom 9, the phone has a 6.4-inch full-HD + AMOLED DOT NOCH screen (1080×2340 pixels). For speed and multitasking, there is 6 GB of RAM with Octa-core MediaTek Helio P35 processor. The Techno Phantom 9 is equipped with a triple rear camera configuration, has a 16-megapixel primary sensor with an F / 1.85 aperture, an 8-megapixel secondary sensor, and a third 2-megapixel sensor.
A 32 megapixel AI camera sensor has been provided for selfies and video calls, which has an F / 2.0 aperture. The Techno Phantom 9 has a 3,500 mAh battery for life. The width of the phone is 158.52×75.3×7.85 millimeters and weighs 164 grams.
Check Price In Flipkart 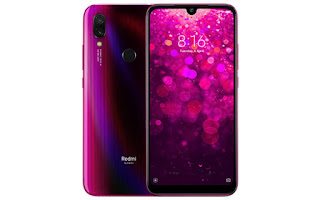 Redmi Y3 was launched in the Indian market in April. This Redmi Y series phone is made for selfie enthusiasts. Speaking of the important features, the Redmi Y3 has a 32-megapixel selfie camera, Snapdragon 632 processor and Corning Gorilla Glass 5 protection. The price of Redmi Y3 starts at Rs 9,999. At this price, 3 GB of RAM and 32 GB of storage variants will be available. Its 4 GB of RAM and its 64 GB storage variant cost Rs 11,999.
Speaking of some important specifications of Redmi Y3, it has a 6.26-inch HD + screen (720×1520 pixels), which has an aspect ratio of 19: 9. It is a dual rear camera phone. At the rear, there is a 12-megapixel primary sensor with F / 2.2 aperture. It has a 2-megapixel depth sensor.
The rear camera configuration is equipped with phase detection autofocus (PDAF), electronic image stabilization and dual-LED flash modules. The company has a 32-megapixel selfie camera on the front panel, which is equipped with electronic image stabilization, automatic HDR and AI portrait mode.
Check Price In Amazon

Speaking of the important features of the smartphone, it is the world’s first phone that comes with the Qualcomm Snapdragon 712 processor. The Vivo Z1 Pro comes with a 32-megapixel “on-screen” (punch) selfie camera and a triple rear camera configuration. The price starts at Rs 14,990.
At this price, variants with 4 GB of RAM and 64 GB of storage will be available. The storage model of 6 GB of RAM and 64 GB of the phone will be sold for Rs 16,990. The most powerful variant is equipped with 6 GB of RAM and 128 GB of storage and will be sold for Rs 17,990. The three color variants of the phone are: Mirror Black, Sonic Black, and Sonic Blue. Your variant of 4 GB of RAM will reach your budget.
Speaking of some important specifications of this Vivo brand phone, this phone comes with game mode 5.0. It is equipped with 4D Vibration and 3D surround sound, which improves the gaming experience. It has multi turbo features like Center Turbo, AI Turbo, Net Turbo, Cooling Turbo, and ART ++ Turbo that will accelerate performance. It also has a voice changer and a separate AI button.
It has a full-HD + IPS screen (1080×2340 pixels) of 6.53 inches. The aspect ratio is 19.5: 9. The phone has an Adreno 616 GPU and 6 GB of RAM with an eight-core Snapdragon 712 processor. There are three rear cameras on the back of the phone. On the rear, there is a 16-megapixel primary sensor with an F / 1.78 lens, an 8-megapixel secondary sensor, a 120 degree super wide-angle lens, and a third 2-megapixel sensor. There is a 32-megapixel sensor for selfie enthusiasts. Its opening is F / 2.0. The battery of the Vivo Z1 Pro is 5,000 mAh and supports
Check Price In Flipkart
Final Words
This is all about 3 Best 32 Mega Pixel Camera Phone for Awesome Selfies under 15000. Hope you like it make sure to comment down. Visit Phone vs Android for more.