Skip to content
Huawei Harmony OS Mobile. So Huawei has finally made their own in-house operating system official which could potentially replace Android in all of Huawei devices. They’re calling it Harmony OS, and it’s based on microkernel just like Google’s Fuchsia OS which makes it future proof. The CEO of Huawei in his on-stage presentation said that Android isn’t as efficient, claiming the Harmony OS is both faster and more secure than Android. 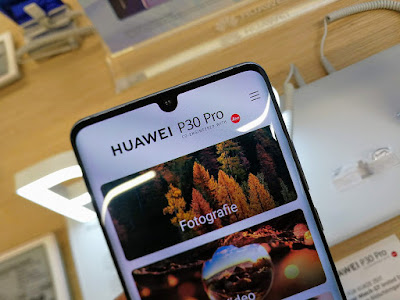 Huawei is using this OS for IoT devices such as smart displays, wearables, smart speakers and more, but the CEO also mentioned that they’ll deploy the Harmony OS in their smartphones at any time if they can no longer be able to use Android. Huawei is making it an open-source platform just like Android, so that means any smartphone company can use the OS without paying any licensing fees, which is huge.

Also, Huawei says that all the Android apps will be compatible with this operating system which is something that Google should be really worried about. Listen, ever since Android and iOS rose to dominance in the world of operating systems, two major companies tried to break the monopoly of Android and iOS by being the third major smartphone operating system.
The first company was Samsung with its Tizen OS. They failed because a)they made crappy smartphones with this OS and b) lack of an app ecosystem. Samsung realized it’s not worth spending money on Tizen for smartphones so they seemingly relegated Tizen to its smartwatch lineup.
The second attempt was from the mighty Microsoft with Windows Phone. When they announced windows phone back then it was so much promising with those live tiles and deep Microsoft Office integration and hands down, the best looking Operating system ever. But they failed primarily because of the lack of third-party apps.
So why do I think Huawei can make it work when giants like Microsoft and Samsung failed to do so. There are multiple reasons. 1) The harmony OS will be compatible with Android apps, so the app ecosystem isn’t really a problem. But it’s not that simple either. We still don’t know whether the apps that work so good on Android would perform the same in Harmony OS.
You see BlackBerry tried similar thing years ago by making Blackberry OS compatible with Android apps but the app experience on Blackberry phones was just bad and apps used to crash quite often.
If Huawei can port apps without these problems then the app ecosystem isn’t really a concern for this new OS. 2) Say, Android apps do not work properly on harmony OS then Huawei can create their own App ecosystem.
You see, around 50% of Huawei smartphones are sold in China. That means out of 200 million smartphones that Huawei sold in 2018, 100 million of them were sold in China alone.
Android apps are banned in that country, so that means even if Huawei all of a sudden decides to deploy harmony OS in their smartphones in China, people would have no problem switching to the new operating system. On top of it, ever since the trade ban, Huawei has the Chinese government, people and big tech in China behind it which bodes well for building an app store and ecosystem.

If Huawei is selling hundreds of millions of smartphone with harmony OS installed then developers will have no choice but to build apps for this new Operating system. 3) Since Harmony OS is open source that means other Chinese companies such as Xiaomi, Oppo, Vivo and more can work together to develop this OS.
They can start in China and expand to the rest of the world. So that means Google has a lot to worry about the Harmony OS and I guess they should just wish that the US government allows Huawei to keep using Android.