Skip to content
Upcoming Smartphone with Snapdragon 855 Pixel4 xl, galaxy note 10 & more
Qualcomm has finally launched its new processor SnapDragon 855, which is being widely included by many OEMs. Undoubtedly, this processor comes with advanced features. Some of which are mentioned in the list below, which are expected to be launched shortly or after a few days.
The SoC comes laden with several advantages. 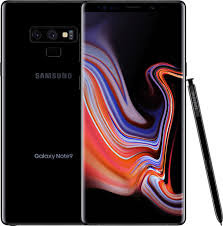 Read Also: Launch Xiaomi CC9 and CC9e Smartphones launch in July 2 & Leaks
It easily supports 5G connectivity, making your browsing the fastest ever. It is based on 7nm technology, meaning the performance and power efficiency of a device is going to be highly improved. Even the GPU coupled with such an SoC gets boosted, offering up to 20% faster performance.
The Snapdragon 855 chipset serves much stronger foothold for AI, meaning this processor holding device’s AI is going to be three times faster. It can comfortably support 48MP sensor of a single camera or can sit with dual cameras of 24MP, and based on this processor HDR 10 4K video recording with portrait mode becomes a much easier task.

This is the Upcoming Smartphone with Snapdragon 855. Hope you like it make sure to comment if forget to share anything and make sure to leave a comment and specification may be changed because this all phone is an upcoming phone. Visit Phone vs Android for information.