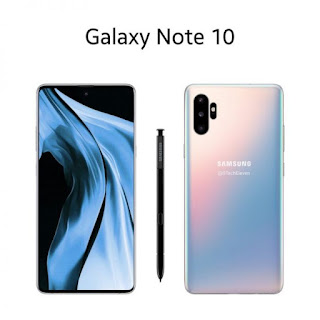 Next Galaxy Smartphone will come with 108MP camera and 10x optical zoom, launch on August 7

Samsung Electronics will launch its latest smartphone Galaxy Note 10 in South Korea by the end of August. Industry sources have given information about this. Now the new leak has revealed that the price, features and specifications of both the smartphones in this series have been revised.

According to the local mobile carrier, on August 23, before the official launch of the domestic market, there is a program expected in New York August 7, in which Samsung plans to accept pre-orders for the Galaxy Note 10 two days later.

Another tweet of this Twitter handle says that Samsung’s next Galaxy device will have 10x optical zoom and 108MP camera sensor. At the moment, the biggest sensor in the phone camera is 48MP and the manufacturers have worked on up to 64MP sensors. Therefore, sensors above 100MP do not seem to be fictional. With this, if 10x optical zoom is added, then our smartphone will have to see a big change in the power of the camera. However, it can not be said now whether this feature will be seen in Samsung’s next device. If this feature came, this would be the next big evolution of the smartphone camera.

A snapdragon 855 variant of Galaxy Note 10 will also be made available, whose model number is SM-970V. It was listed on Geekbench last month. If we talk about scores, then EkConos version is better than single-core test snapdragon. At the same time, the multi-core scores are almost identical. Even before this, there were many reports about the phone.

This is all about samsung galaxy note 10
If you liked this post, please increase your morale and comment on how you like this smartphone and follow our page for all the information related to technology and mobile. From which our news can reach you as soon as possible. .