Skip to content
Launch Xiaomi CC9 and CC9e Smartphones will be on July 2, know what will be the Features. 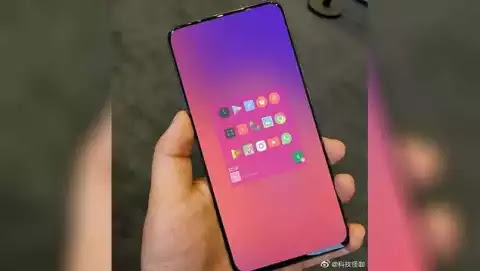 The expected price of Xiaomi Mi CC9e and Mi CC9

Leaks and rumors have revealed the cost of all the variants of both phones. It is expected that Mi CC9’s initial price will be 1,599 yuan for 6GB RAM + 64GB storage model. Mi CC9e is also expected to come with 6 GB RAM + 128GB storage, which costs approximately 1,899 yuan ($ 27,000). An 8GB RAM and 128GB storage model will cost approximately 2,199 yuan ($ 320). In comparison, Xiaomi Mi CC9 has an initial price of 2,599 yuan ($ 378) for a base model with 6 GB RAM + 128 GB storage. Leaks also states that the price of 8 GB RAM + 128 GB storage and 8 GB RAM + 256 GB storage model will be 2,799 yuan ( $ 407) and 3,099 yuan ($ 451) respectively.
Xiaomi recently announced a new smartphones series named CC, which will be for young and creative people. Xiaomi is widely rumored to launch the CC9 and CC9e handsets in the market. Now, Xiaomi has confirmed the release date of its Xiaomi CC series via Weibo.
The date of the Xiaomi CC9 series launch is scheduled for July 2. Read more about Xiaomi CC9 and CC9e devices in terms of specifications and features.
Read Also: This Phone comes with 6GB RAM, 64GB storage & 5000mAh Battery, Now Available for Rs. 5000 Only
There is already a lot about the Mi CC9 and Mi CC9e smartphones already in the online leaks. Mi CC9 is said to ship with the latest Android pie OS-based MIUI 10 software. In addition, the device can come with 6.39-inch full-HD + AMOLED display.
It is expected to be operated by Snapdragon 730SoC under the hood. In addition, the company can also add 4,000 mAh of battery, as is the case with other Shiomi phones.
In the context of imaging, the device can pack triple-camera set up backward. The setup has been tipped to include the 48-megapixel Sony IMX586 sensor and a 16-megapixel secondary lens. It can also be connected with the 12-megapixel sensor.
At the same time, the front can have a 32-megapixel selfie sensor. Notably, the Redmi Y3 device also offers 32-megapixel sensors to capture selfies.

On the other hand, Xiaomi Mi CC9e is expected to have a 5.97-inch AMOLED display. The panel will work on full-HD + resolution. In addition, the device can draw its power from Qualcomm Snapdragon 710 SoC.

This is also expected that this comes with 3500 MAH battery.  In terms of optics, Xiaomi Mi CC9e can start with 48-megapixel Sony IMX582 sensor and 8-megapixel secondary sensor. This setup can be combined with a 5-megapixel sensor.
Next, we can see the same 32-megapixel selfie camera. In addition, Xiaomi CC9 will come with a flip-up camera. Needless to say, the flip-up camera system will help the phone makers to dig the notches or punch holes. In addition, the flip-up camera leverages the real camera setup for a selfie when the system flips. But, the more economical CC9e will come with a normal footdrop rank.

This is all about Xiaomi CC9 and CC9e. if You have any doubt about this phone make sure to comment down and visit Phone vs Android for more.