Skip to content
6 GB RAM, 32MP Selfie Camera better than Redmi Note 7 Pro. The Indian mobile market is like heaven for the world’s top mobile manufacturers, where once the company that ticks up, the gate opens. In this order, techno mobile phones of Hong Kong company ‘Transision Holdings’ are now going to launch their Smartphone Series ‘Phantom’ in India. It will be released in India on July 10th. The price of smartphones in this series will be between 10,000 and 15,000. 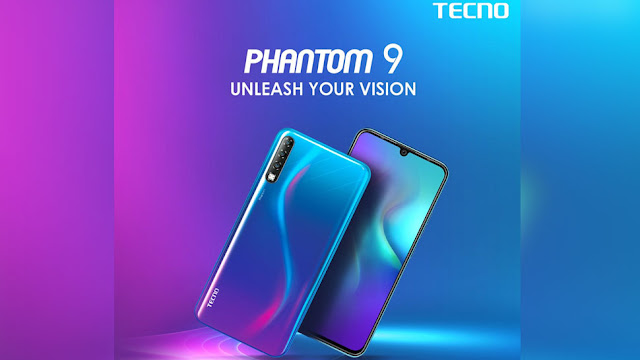 It is being told that the Phantom series, which is aiming to bring about a change in the low-cost smartphone segment in India, is directly targeting companies such as Redmi and Realmium.
Read Also: Upcoming Smartphone with Snapdragon 855 Pixel4 xl, galaxy note 10 & more
At present techno has three series. There is a Spark, which is the first smartphone series, the second is Cayman, which is a series designed for camera-like people and the third Phantom brand series. Phantom is likely to have trendy apps such as advanced artificial intelligence (AI) based applications such as in-display fingerprint sensor, voice assistant and language support.
In the last year, 50 lakh new smartphone users have been added to India. In such a way, companies from around the world are coming to India, they are seeing India’s growing smartphone market, India’s company Redmi has now become the most successful mobile company in India. In this way, the rest of the companies also want to reach the peak of success by walking on the same path.
According to the reports, these phones may have more than four GB, dot-dot display, multiple rear cameras, high-resolution front snappers for selfies. At present, no smartphone available with in-display figurine sensor is available for less than Rs 15,000. Now this new brand is known to show how amazing it will be, but it will tell the time only, but seeing the feature, it seems that it can be a tough competition for the Redmi and also target many other companies.

This smartphone has a 6.4 inch full HD + AMOLED display, with an aspect ratio of 19.5: 9. The screen resolution is 1080 x 2340 pixels. These phones will come with a 3D back cover. Has a 32-megapixel AI Self camera, which comes with (f / 2.0) aperture. At the same time, there is a Triple Rear Camera, a 16MP + 8MP + 2MP setup. Apart from this, Dual LED Flash Lite has been given. For photography, features like HDR, portrait mode, beauty, AR mode, emoji, wide selfies are given.
6 GB RAM is given
Talking about other features, the Helio P35 2.3 GHz octa-core processor comes with 6GB of RAM and 128GB storage. Ai Face unlocked with the in-display fingerprint sensor in the phone for security. There are 2G GSM, 3G WCDMA, 4G FDD_LTE, Bluetooth 5.0 for connectivity. Its battery is 3500 mAh.
986 service centers will be opened all over the country
The TECNO company claims that its 986 service centers will be opened in more than 700 cities across the country. There will be more than 3400 distributors and more than 1 lakh retailers. Looking at Prime Minister Modi’s Make in India mission, the company is planning to open an R & D center in the country soon, through which calls will be made not only for India’s choice and needs but also for export to the world.