Skip to content
3 Most Powerful Processor for Smartphones, That Never Hangs 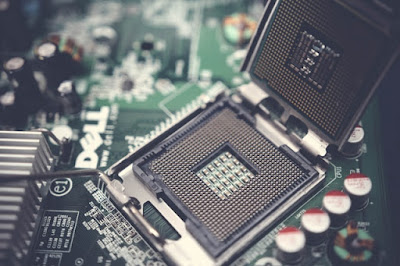 When buying a smartphone, we buy a low-processor phone with money. Afterward, a lot of complaints come in the phone such as hanging the phone, having a phone slough, having more heat while gaming.
Read Also: The Most Powerful Oppo Smartphone Is Here

The biggest reason for this is the phone processor. So today we will tell you in this article what is the processor, and three such best processors which will never have the chance of hanging your phone. So let’s start
So, first of all, know what the processor is?
Whatever command you give on the Smartphone, the Processor works on that command, the faster your processor, the faster you will be able to do things like multitasking, gaming, video editing, without having a phone.
Nowadays, processors ranging from 1Ghz to 2.4Ghz are being found in the smartphone.
So it can be said that the processor is the brain of the smartphone, the processor is done to complete whatever command you give to the mobile.
Three of the best processors that will make your phone hang out without making slow multitasking.

This processor is currently using Apple on your phone.
Apple’s iPhone Xs I’ll get you to see the processor or In this phone, you will not get any complaints from Apple anytime you want to watch.
It is considered to be a very powerful processor.

If you do not want to take an iPhone, then Snapdragon 855 processor is a very good option for you in Android phones.
Nowadays most people use Android phones more. Or available at affordable rates. This processor is being used in Samsung S10. The Exonys 9820 processor is also used in this phone.
This is also a powerful processor. At this time most Android smartphones are using Snapdragon only.

At this time it is being used in Processor Huawei Mate 20 Pro. Slowly now it is also making its place in the smartphone.
This professor is considered very special in itself. Experiences of those who are using this processor phone are very good.
According to them, the problem of hanging or phone slavery in this phone has not yet been exposed

This is the best smartphones that never hangs and If this smartphone comes with that processor.
It means these phones never hang again. If You have any doubt make sure to comment down and Visit Phone vs Android For more.