Skip to content
Xiaomi World First 64 Megapixel Camera Phone. The demand for a more megapixel camera in the smartphone is constantly being seen in the market. That’s because many of the 48-megapixel smartphones are in the market today. 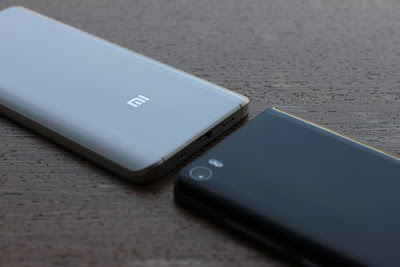 Now the news is that in the coming time, a 64-megapixel camera equipped with a smartphone will also be available in the market.
According to the media report, China’s mobile-based company XIAOMI will present a 64-megapixel smartphone. It is being told that it will be in the Redmi series. It is also being said that recently, Shaomi introduced the ISOCELL bright GW1 64-megapixel camera sensor.
The news of the use of this camera sensor in the Galaxy A70 is also going on. The new report says that now Shami is working on a 64-megapixel camera equipped with a smartphone.
However, there is no information about what will be the smartphone of the Redmi series and what features and specifications will be in it. In this case, speculation is also being made that Samsung introduced the 64-megapixel camera equipped with cameras before Shamoi.
Read More: Pop Up Camera Phone at Low Price
In the media report, it is being said that Shami can launch smartphones in its own country, i.e. China with its 64-megapixel camera. In this case, a serious fight can be seen in Shaomi and Samsung. There is also a 64-megapixel ISOCELL bright GW1 high-resolution sensor in Samsung, it has a 0.8-micrometer (sensor) pixel image sensor. It is reported that Samsung could offer its smartphone with this sensor by the end of the year.
Read More: 18 Best Smartphone Between 10000 to 15000
South Korean company Samsung introduced the 64-megapixel ISOCELL bright GW1 image sensor. It is expected that the mass production of this sensor may start after a half year of this year. It is believed that this sensor can be given in the company’s upcoming Galaxy Note 10. This new sensor will present high-resolution images in mobile devices compared to any other sensor. Samsung has called this sensor the industry’s highest resolution sensor for mobile cameras.
64-Megapixel ISOCELL Bright GW1 sensor is the most resolution sensor in the company’s 0.8μm-pixel image sensor lineup. It works on pixel-merging tetra cell technology so that images of 16 megapixels can be taken in low light.
In addition, the 64-megapixel images will be able to get more light. It will be able to merge 4 pixels into one. According to the company, it will support high mobility range in real time of up to 100 decibels.
Apart from this, Samsung has also introduced the 48-megapixel ISOCELL bright GM2 sensor. It also works on TetraCell technology. Also, chromogenic aloridism support is also present. This sensor improves picture quality by reproducing the color.
Best Camera Phones
Like the 64-megapixel sensor, the 48-megapixel sensor has also been given Super-Pd for high-performance phase Detection Auto-Focus. As we all know, today’s smartphone has a 48-megapixel camera.

This is all about Xiaomi World First 64 Megapixel Camera Phone. If you have any doubt make sure to comment down. Share this article and appreciate my work and visit Phone vs Android for more.