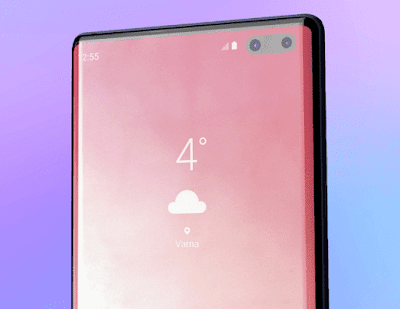 Probably the best Galaxy Note 10 rumor that all of us wanted to hear.
It was about the headphone jack. A very reputable leaker, Max who works for XDA which is one of the biggest tech sites out there tweeted out this saying his sources played with the Galaxy Note 10 and said that both the Note 10 models had headphone jacks.
I was literally the happiest person on this planet when I saw this tweet. I believed him because a couple of days ago I saw some elixir cases for Note 10 that also had a hole for the headphone jack.
So I started working on a video, I spent multiple hours on it, making sure it turns out to be one of the best Note 10 videos that I’ve ever made because I was so excited and happy.
I even made an intro, I’m not sure if I should show it to you because now it makes me look like a dumb person but anyway, here it is… Welp, all of that excitement for nothing.
Turns out Samsung tricked those people who got to play with the Galaxy Note 10 models. Yes, the Note 10 Units did have a hole for the headphone jack but it was a fake one.
Samsung did this to avoid the word getting out that the Note 10 will not have a headphone jack. Yes, people who were playing with those models would notice it any way that it’s a fake but Samsung faked it not for them but for the general public.
You see, people who were testing it will bring the smartphone out of their offices and Samsung didn’t want any smartphone fan to see it and take a picture or let the word out that they’re ditching the headphone jack.
Which is stupid because the cases for the Note 10 already show the absence of the headphone jack. Anyway, Max also says Samsung will give a type C AKG headphones in the box, which is another disappointment because a lot of us were expecting free Galaxy buds in the box.
If Samsung has the audacity to remove the headphone jack then at least compensate with the free Galaxy buds and not with the type c earbuds.
Anyway, if you thought that was the only bad news today, I’m sorry but I got one more and it’s as bad as the headphone jack. You see Max mentioned 9 points and 8 of them we know already so I’m not gonna talk about that, except for that 4th point that says the Galaxy Note 10 will not have a micro sd card slot.
Read Also: Latest Samsung Mobiles Price List
What in the world is wrong with your Samsung? Look, I understand that the internal storage has become so big that most people probably don’t need a microSD slot anyway but come on, there are people who record videos with their phones, I’m one of them! I record videos at 4K at 60fps and it fills up the storage in no time and the MicroSD card comes so handily in such cases.
Why would you take away a feature that people still use? It’s really surprising because Samsung sells its own microSD cards so they were making money anyway.

This is all about Samsung Galaxy Note 10 & Galaxy Note 10 Pro – headphone jack & type-C headphone inside the box. Hope you like it make sure to comment down and visit Phone vs Android for More.