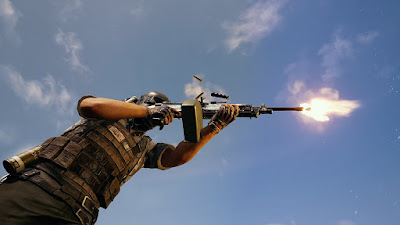 This milestone is to complete 400 million downloads on Android and iOS outside of China.
PUBG Mobile has exceeded 400 million downloads in less than 6 months of downloading 200 million downloads. PUBG has over 100 million active users all over the world. According to the FT report, PUBG has earned revenues of $ 146 million last month. This game has since become the world’s most earning game. According to an analyst report at the beginning of this week, PUBG
Read More: Phone under 5000 For Pubg Mobile with this Simple Steps
Mobile has become the most earning game in the world. It has also surpassed Honor Of Kings. Where the total revenue of the Play Store and App Store has reached $ 76 million. At the same time, according to the Analytics firm Sensor Tower, the rest of the revenues come from the game’s Chinese version Game For Peace.
Read More: How to Change PUBG Avatar – My Best Method
Talk about the PUBG console version, the game consoles team has redeemed on Reddit that the game’s June patch is coming soon and it will be able to see many new features. PUBG Mobile has received an update of 0.13.0. There are many new features in it. If you have not updated PUBG yet, download the 0.13.0 update from the Google Play Store or App Store. The size of the update is 1.98 Gbur for Android, 2.45GB for iOS.
Best PUBG Accessories To Improve PUBG Gaming