Skip to content
Pop Up Camera Phone at Low Price: Vivo launches Vivo S1 Pro, the new smartphone of its S Series in the Chinese market. Speaking of key features, the Vivo S1 Pro handset comes with 32-megapixel pop-up selfie Camera and AI triple rear camera setup.
For the moment, this phone has been launched in the Chinese market and it is equipped with the Snapdragon 675 processor. The handset also has a 48-megapixel rear camera.
It has been reported that Vivo S1 Pro will run on out of the box Android Pie. It will have two color variants. 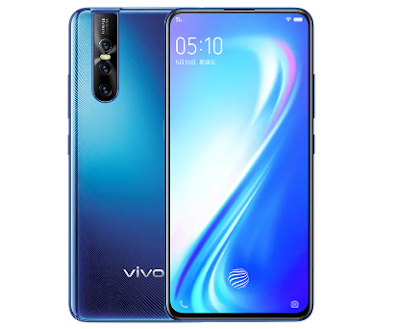 The price of VVO S1 Pro in the Chinese market is 2,698 Chinese yuan (about 27,700 rupees). The interesting thing is that 6 GB RAM + 256 GB storage and 8 GB RAM + 128GB storage on the company’s site has been listed at this price. It has been made available in Love Blue and Coral Red colors.
Read More: Google Pixel 3xl for Free and Price
Vivo launched Vivo S1 in 2,298 Chinese Yuan (around Rs 24,500) in its domestic market in March. This price was of 6 GB RAM + 128 GB storage model. It comes with Helio P70 processor, 6.53-inch full-HD + display, triple rear camera setup and 25-megapixel selfie camera.

Vivo S1 Pro has a 32-megapixel pop-up selfie sensor with F / 2.0 aperture. There are three cameras on the back side. There is a sensor of 48 megapixels with an F / 1.78 archer. It has an 8-megapixel wide angle sensor and the third f / 2.4 aperture is 5-megapixel depth sensor. The camera app comes with features such as Panorama, Beauty, Photo, Video and AR shoot.
VVO S1 Pro has a battery of 3,700 mAh. Connectivity features include Wi-Fi, VoLTE, GPS, A-GPS, and GLONASS. Dimensions of the phone are 157.25×74.71×8.21 millimeters and weighing 185 grams.

Chinese smartphone maker Vivo has launched Vivo S1 Pro in China under its S-Series. The look and design of this phone are similar to the Vivo V15 Pro launched in India. There is also a 32-megapixel pop-up selfie camera. Pop Up Camera Phone at Low Price Apart from this, the in-display fingerprint sensor is also provided in the phone.
At the same time, the company can also launch the 8GB RAM variant of Vivo V15 Pro in India. Considering the reports of 91 Mobiles, the company can soon launch 8GB RAM variants. Vivo V15 Pro’s 6GB RAM variant is already available in India. Let’s know about these two Vivo smartphones