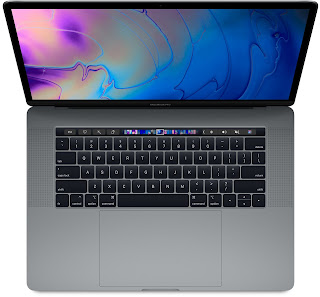 At the same time, the new 13-inch MacBook Pro, which comes with the touch bar, has already been equipped with a faster quad-core processor with a turbo boost speed up to 4.7GHz.
Apple has brought the octa-core processor for the first time in the MacBook Pro lineup. This 8-core processor option is only available with the 15-inch MacBook Pro. Apple claims that the 8-core processor laptop models will be the ‘fastest Mac Notebooks’ laptop ever.
Read More: Samsung Wiki: All About Samsung Company
Apple has said that this MacBook will get 40 percent more performance compared to the last 6-core MacBook Pro. To run high-end programs, it is being better said than all other laptops.
Price in India
The new MacBook Pro lineup starts with a 13-inch touch-bar model of Rs 1,59,900. At the same time, the initial price of the 15-inch version will be Rs 1,99,900. This new range will be available only to Apple’s Authorized Resellers in India this week.
The MacBook Pro lineup comes with different features and hardware combinations depending on the user’s need and demand. The new range has a retina display of 500 nits brightness and it snaps to P3 wide color and TrueTone technology.
The stereo speaker comes with a wide-stereo sound in the MacBook and the user gets the Touch ID to keep the notebook safe. SSD storage in MacBook Pro comes with Apple’s T2 security chip.
Thunderbolt 3 ports have been given for data transfer and apart from charging, two 5K display or four external GPUs can be connected in addition to charging.

This is all info about MacBook 8th and 9th generation Intel. If you have any doubt make sure to comment down. share this article to your apple lover friend.
Visit Phone vs Android for More