Skip to content
Redmi Note 7 Pro First Impression in India & Overview with 48MP Camera
Hello My Bro/Sis and finally we will be doing the talk and have my first impression at this Redmi Note 7 Pro I just got this wire for you guys it’s just a few minutes ago and let’s quickly talk about is the pro version.

The best thing is it comes with Snapdragon 675

This is the 4 GB of ram that comes with 64gb yesterday they’ll be also one more variant that will be6 GB of RAM and gotta be 128 the pricing for the sporting a pro variant will be Rs.14000

The 6GB and 128gb internal would be Rs. 17,000 and this is sold in India via Flipkart and again me website my stuff so some paperwork and stop we also get a case again this will be is that this. 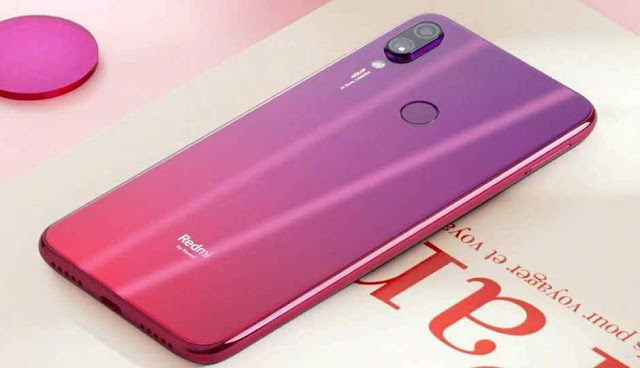 So that’s what a tear I’ll just keep this to the side for now and their hand said and guys in terms of physical lots this is almost similar to the red note 7 this also having a 6.3 inch of a screen but that 675 Snapdragon processor and that camera as I have mentioned.

Back again as I’ve told you this is also black and color again I feel the bluish one looks a lot better but yeah this also has that glass back as you can see and it says that 48 megapixel rear-facing Camera.

I will come back to the device later on again in the box not much because of the Xiaomi device we have the USB type-c cable.

Related: 5 Ways To Clear The Phone’s Storage | Will Not Hang

USB type-c cable and power brick which is again a standard power brick that you are getting in the box this is a 5 volt 2-ampere charger guys but Xiaomi says that this device does support Qualcomm quick charging.

so if you buy a third-party Qualcomm charger you’ll get quick charging so that’s what we got in the box let’s keep back to the side and let’s look at the handset itself.

Front and Back Overview of Redmi note 7 Pro

overview the back is actually made up of glass and they say it’s protected by Gorilla Glass so that’s what it is and let me give you a physical overview first on the top we have a 3.5 mm headphone jack

This looks like a secondary mic noise cancellation microphone and we also have IR blaster here
volume rockers actually give a good feel and the power on/off button bottom will be the single vent for the speaker what do you say type C port for charging.

It should have given a dedicated micro SD card slot but it’s a hybrid solution that you’re getting so if you have sort of a power user you would have to go with that 6 GB of Ram and 128gb of Internal storage.

So but that’s what it is and the screen is a 6.3 inch IPS LCD screen

by the time it actually boots up. First, boot up not take much time you just need to select your country and etc which is easy for you.

If I am talking about my first impression it is FAST.

Redmi note 7 Pro is having a 6.3 inch full HD plus IPS LCD screen it has protected by Gorilla Glass 5.

Let’s talk about the camera it has a dual rear-facing camera the main camera is a 48 megapixel and the secondary camera is a 5 megapixel that’s for depth sensing.

Moving to the front-facing camera it’s a 13 megapixel and it also has a 4000 MAH  battery
If I encounter add later but yeah and it comes with MIUI 10.

At least you won’t get that fingerprint and scratches on this what do you say back now let’s also look at some of the other stuff.

The front-facing camera already that beauty mode is there so I disable, I don’t like it

How the camera performs so these were shot with the rear-facing camera of this Redmi note 7 Pro
and as you can see these are close up macro shots and I feel it did actually a pretty good job in terms of close-up macro shots.

so you’ve got to be careful with that one but this was in portrait mode surprisingly is doing a far better job.

so, guys, that’s it for know and make sure what do you guys think about this device – let me know in the comment section below and guys.

If you have any specific questions about this device –

let me know in the comment section below I’ll try to include them in my full review anyways guys that’s it, for now, thanks to Reading If You are still reading Thank you

I feel the biggest thing about this device is yes it’s having the powerful Snapdragon 675 SOC so everything should run really fine on this no issues regarding that but,